We have recently had to cancel the Sitzmark Ski Festival do to lack of snow. We had been talking to the Forest Service about doing a Backcountry Ski Day/Festival on Boulder Pass prior to this and we now have the date set.

The 15th is the Saturday of Presidents Day weekend so anyone coming from out of the area should check out the area for other skiing opportunities.

Where is Boulder Pass you say? If you come to Curlew you will be about 15 minutes drive from the pass. The pass is the 2nd highest all season pass in the state (Sherman just to the south is the highest)at 4600 ft. Temperatures stay cool as does the snow. This years warm weather and higher snow levels have not had too much effect on the pass do to its elevation, Currently there is 24-36″ of snow with a good settled base. Close to average for this time of year. There is a SNOTEL at the pass as well – Sentinel Butte

Boulder Pass had a very intense fire come through in 2015, burning especially hot around the pass area. Most all of the trees were killed in the ski trail areas. As sad as this was it has made for incredible skiing, with most of the small wood and slash consumed in the fire. This has created a landscape where one can ski pretty much anywhere, particularly after a snow base has formed.

– The terrain at the pass offers everything from flat roads and groomed trails to fairly steep and adventurous backcountry lines. The verticals around the pass are not too big – 300-500 vertical feet mostly – ideal for the no transition up and down ability of the Hoks. There is no avalanche hazard in the Boulder Pass area as well. It would be hard to design a more ideal area for all levels of Hok skiing.

Boulder Pass is a rustic site with no indoor amenities. There are two outhouses and we will have some pop up tents for boots and equipment. There will be a large campfire as well.

Boulder Pass is a Washington State Snowpark so requires a snowpark permit. For those who do not have one we will have some available to purchase at the pass.

We encourage folks to bring food as we will have potluck style eating. Some hot drinks will also be available.

We will develop more information on amenities in the area in the next few days and add it to this post.

Places to stay in the region

Travel routes to get here

Other places to check out for skiing (Sherman Pass ). 😉 The Okanogan Highlands are a high mountainous area in the far north central  part of Washington State. The Highlands are remote and very rural, and in the winter, cold and snowy. Sitzmark, one of the smallest ski areas in the state, has one chair and one rope tow. Views are expansive, north into Canada (less then 20 miles north), west to the North Cascades, and east to the Kettle Range. Sitzmark rarely gets a big snowpack but with consistent cold temperatures it does not lose much snow either.

Altai Skis has had a festival there for the last two years, featuring free demos, lessons, and tours. Discount lift tickets are available  for those who wish to ride the lifts. Altai Skis will have Hoks and Koms there for people to try, Bring your own Hoks if you have them Lisa and I (Nils) went up yesterday ( January 15th) to check out the conditions and skiing was great – cold snow and a beautiful day up there. Looking west to the Cascades Looking East to the Kettle Range 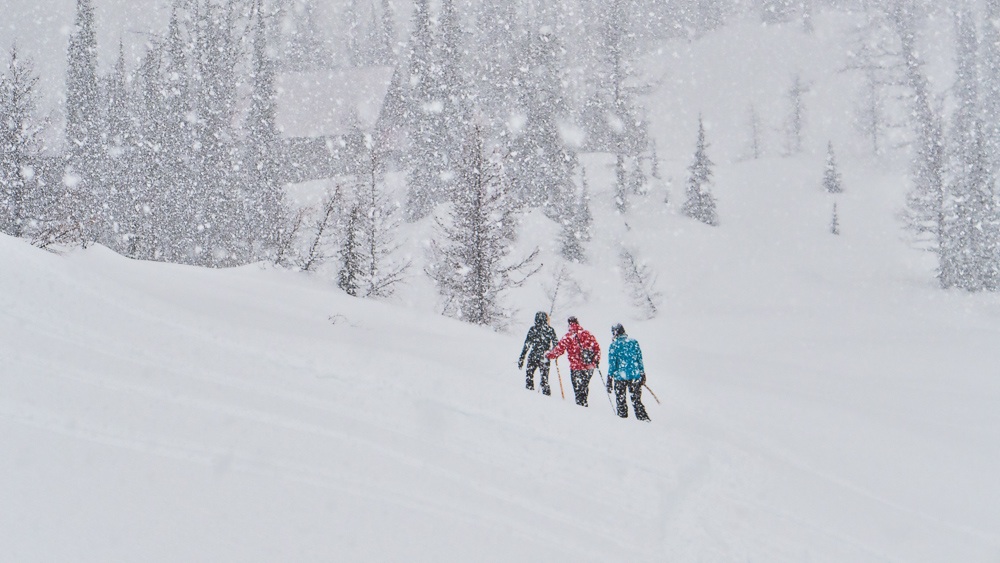 Skishoeing.com is the companion site to our Altai Skis.com site. We thought it would be good to have a informational site dedicated to using skishoes in the many ways people do.

You will find some posts on field work being done on Hoks, kids using them (the Hokstars!), schools, and some user posts as well.

We also will add instructional information over time, using skishoes in different terrain and conditions, as well as the pros and cons on different bindings, and, of course, using the Tiaks (single poles).

There will be lots of images (see the Gallery page) as well as some great new videos for this year. Skishoes are playful by nature – letting you go where you want and explore where you will. Perfect for kids, they are easy to use, easy to adjust as kids grow, simple to put on and take off, and let kids take on any little hill they come across – repeatedly if they want. They are the, “go outside and play” ski…. END_OF_DOCUMENT_TOKEN_TO_BE_REPLACED

Hoks in the School Last year we started getting requests from schools for Hoks so the kids could go skishoeing around their school grounds (yes, some people are lucky enough to live where they can do that from school). END_OF_DOCUMENT_TOKEN_TO_BE_REPLACED